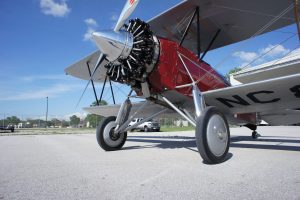 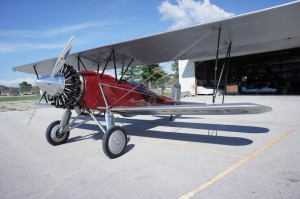 The C3 is a rugged biplane with simple straight wings, a tough undercarriage with oleo shock absorbers and two open cockpits with the pilot in the rear and two side-by-side passenger seats in the front.

Introduced in 1928, the C3 was powered by a variety of engines of between 128 hp and 225 hp, each version having its own designation. The last version of the C3 was the C3R which had several external differences including a cutout in the aft portion of the wing center section for improved pilot visibility, a headrest in the aft cockpit, and slightly increased chord of the rudder and vertical stabilizer.

Although there were several versions of the C3, most were either the C3B and the C3R. A few C3s were approved for float operations

The C3 was built with light commercial applications in mind, including passenger flying and business flights. The C3MB was a special mail-carrying aircraft based on the C3 with the forward cockpit enclosed as a dedicated cargo compartment.

This C3 has been modified with a more modern 300 Lycoming for reliability and the tail skid was replaced with a PT-17 tailwheel assembly. The original cable brakes were replaced with Red Line disc brakes.