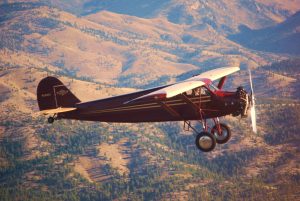 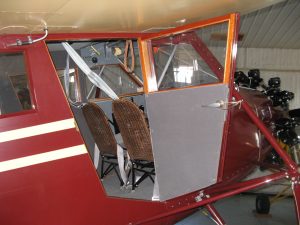 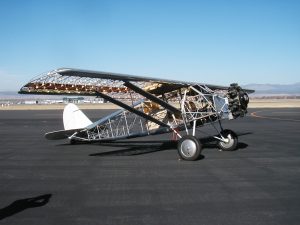 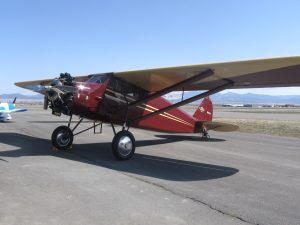 Stinson Aircraft had introduced their large high-winged six-seat SM-1 Detroiter in 1927. The SM-1 was sold successfully to airlines and other commercial operators, but it was too large to appeal to private owners.

Stinson therefore redesigned the aircraft with shorter span wings, shorter fuselage and a choice of less powerful engines as the SM-2 Junior. The aircraft was a strut-braced high-wing monoplane with a sturdy outrigger undercarriage which was braced against the wing support struts and the initial 110 h.p. Warner Scarab engine was normally left uncowled. The first SM-2 flew in mid-1928 and deliveries commenced that year. Later versions of the SM-2 had higher-powered engines of between 165 h.p. and 225 h.p.

The design was further developed to produce the more powerful and heavier SM-7 and SM-8models which were full four-seaters and these were also used by commercial firms. The Junior R of 1932 had a deeper fuselage and a low-set stub wing to mount the undercarriage and wing struts.

The first of the Junior series was built at Stinson Aircraft Corporation’s Detroit factory in April of 1928.

While designed for private use, many Juniors were used in air taxi service and the first models placed nationally in various flying contests.

A total of 321 Juniors were built, of which 27 survived in 2001 and several of these were airworthy in private hands.