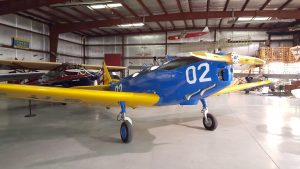 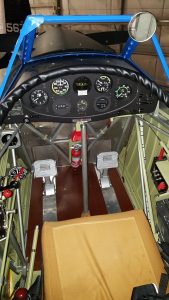 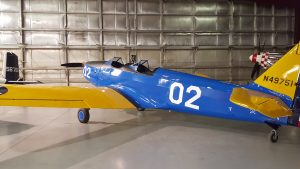 The PT-19 series was developed from the Fairchild M-62 when the USAAC first ordered the aircraft in 1940 as part of its expansion program. The cantilever low-wing monoplane with fixed landing gear and tail wheel design was based on a two-place, tandem-seat, open cockpit arrangement. The simple but rugged construction included a fabric-covered welded steel tube fuselage The remainder of the aircraft used plywood construction, with a plywood-sheathed center section, outer wing panels and tail. The use of an inline engine allowed for a narrow frontal area which was ideal for visibility while the widely set-apart fixed landing gear allowed for solid and stable ground handling.

The M-62 first flew in May 1939, and won a fly-off competition later that year against 17 other designs for the new Army training airplane. Fairchild was awarded its first Army PT contract for an initial order on 22 September 1939.

Production began in 1941 and 3,181 of the PT-19A model, powered by the 200 hp L-440-3, were made by Fairchild. An additional 477 were built by Aeronca and 44 by the St. Louis Aircraft Corporation. The PT-19B, of which 917 were built, was equipped for instrument flight training by attaching a collapsible hood to the front cockpit.

When a shortage of engines threatened production, the PT-23 model was introduced which was identical except for the 220 hp Continental R-670 radial powerplant. A total of 869 PT-23s were built as well as 256 of the PT-23A, which was the instrument flight-equipped version.

The final variant was the PT-26 which used the L-440-7 engine. The Canadian-built versions of these were designated the Cornell